Astell&Kern once again partners with the audio masters at Final Audio Design!

Tuned dozens of times by the audio experts at Final Audio Design, the Balanced Armature (BA) driver used in the AKR02 is the same unit found in their BA-SS earphones which gives a deep and rich sound. 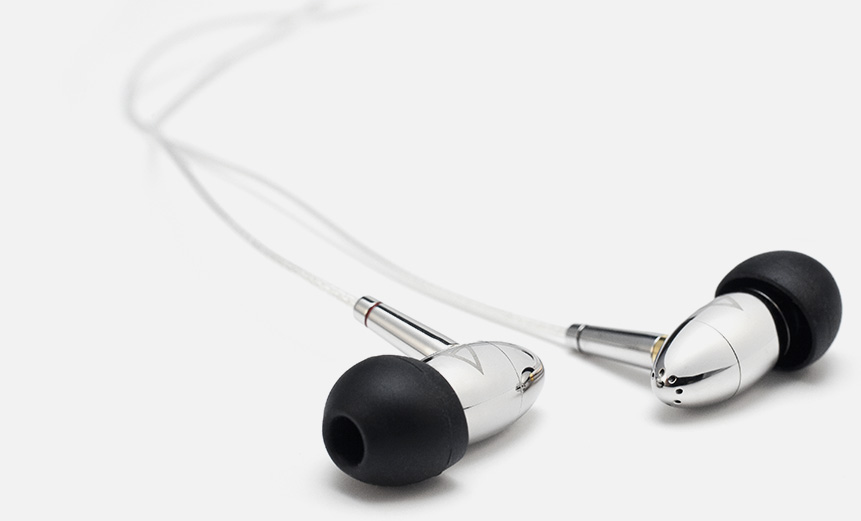 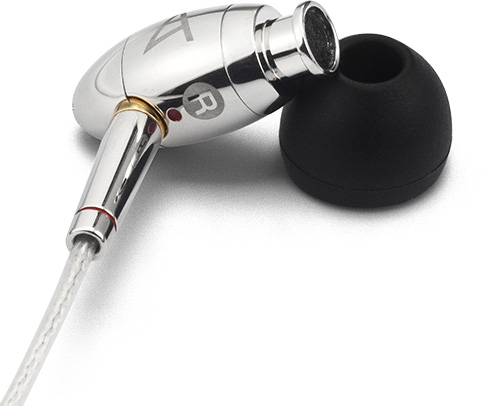 With Final Audio Design’s proprietary BAM technology, the depth and three-dimensional sense of space of the audio can be conveyed. The principles of Dynamic Drivers, combined with the characteristics of Balanced Armature drivers represents the exquisite technique of the Balancing Air Movement (BAM).

What is the Dynamic Driver (DD) unit?

Originally developed for recording and playback of music, dynamic driver units consist of the magnet, coil, and diaphragm. Often commonly used in generic earphones, they are easier to tune than Balanced Armature units and can be produced at a lower price point. Using a large diaphragm in low frequency can result in good sound, but the diaphragm must be enlarged as well.

The principle operation of the lead Dynamic Driver unit (Lead Wires) is to supply an electrical signal to the coil. When the coil receives power, a magnetic field is induced from the vibration of the plate vibrating back and forth known as the oscillation burrowing principle. 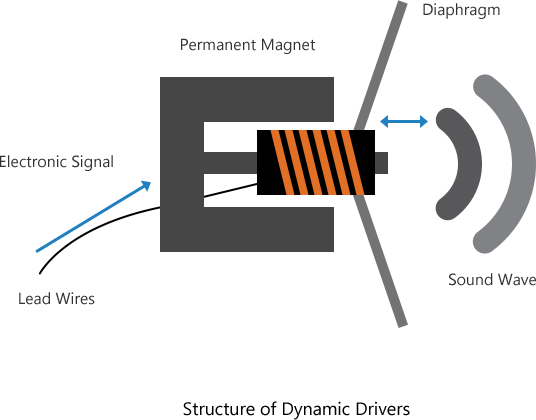 What is the Balanced Armature (BA) unit?

The principle behind dynamic driver units and BA units are very similar. However, BA unit swere originally developed for use in hearing aids, rather than music playback. In general, average BA units are known for their weaker bass or lower end sound performance. The bass sounds better with larger dimension of the driver unit. To improve the lower-end sound performance of BA units, some makers use more than 2 BA units to boost the lower-end. This brings up crossover issues between drivers. And it increases the size of the earpiece drastically.

The principle operation of the BA driver unit relies on the supply of electrical signals to the coil via the lead wire and the Armature between the permanent magnets that vibrate up and down. This vibration is then transmitted to the diaphragm through the ringed metal pin and diaphragms within the earphone’s housing to produce sound waves. 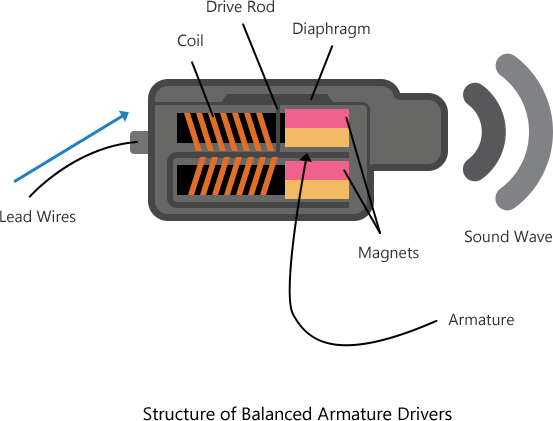 The advantage of FAD’s BA unit comes from its small size and high efficiency. FAD’s BA units are developed and fixed in a unique stainless steel housing, while maintaining a clear range in the high frequencies and overcoming the deficiencies of low frequencies normally found in traditional BA units. Typical BA units are generally mounted against the ear, sealing the unit and preventing airflow. Commissioned in the original development of the AKR02, an integrated air hole allows airflow to the BA unit. The air hole added between the BA unit and the stainless steel housing unit adjusts the internal airflow to the BA unit, which maximizes rich bass tones and overcomes the weakness of low frequency response found in typical BA driver units. FAD’s superior BAM technology produces the best and greatest performance out of a BA unit. 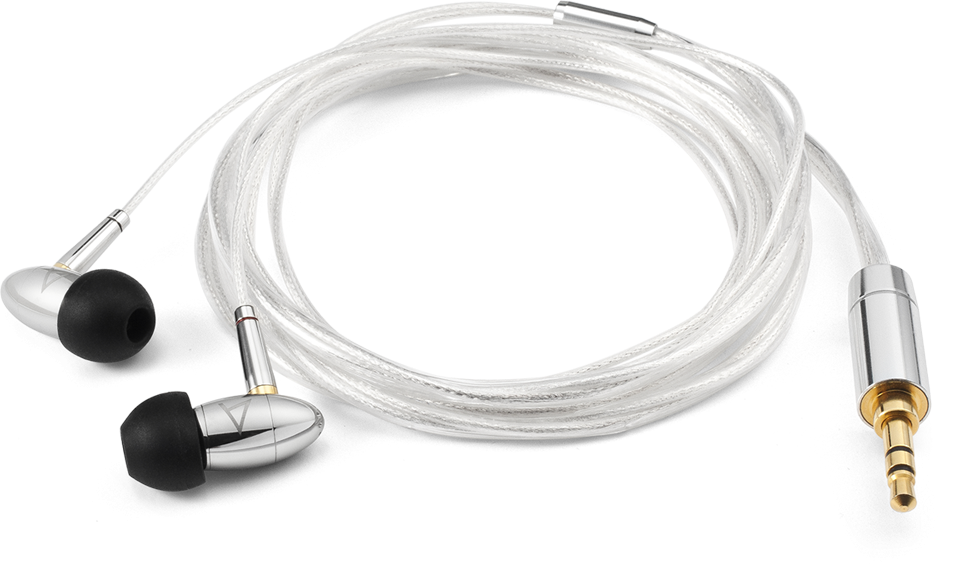 The principle behind the BAM technology is simple and straight-forward. However it is assembled one by one by skilled engineer through microscope, because it requires extremely sensitive assembly techniques. 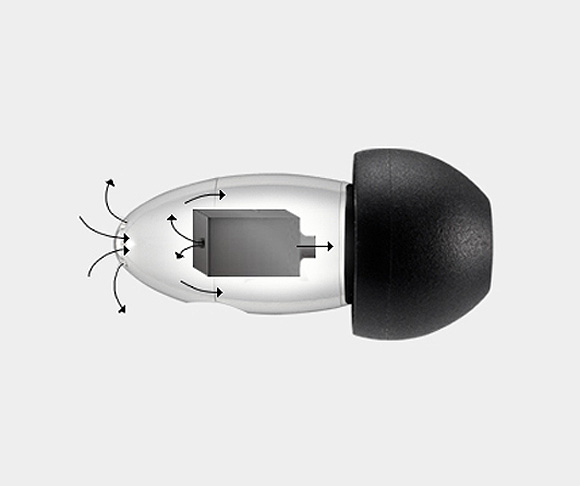 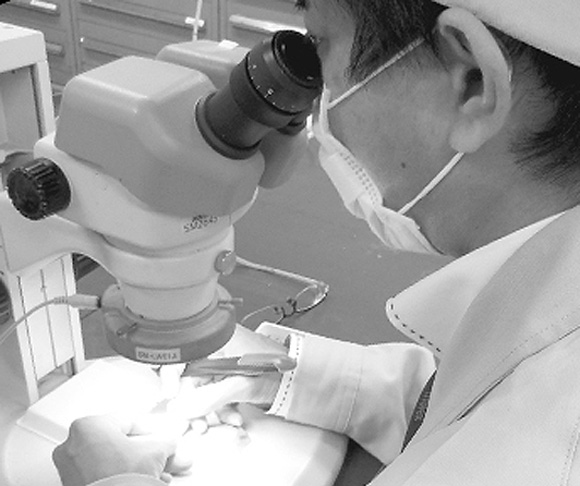 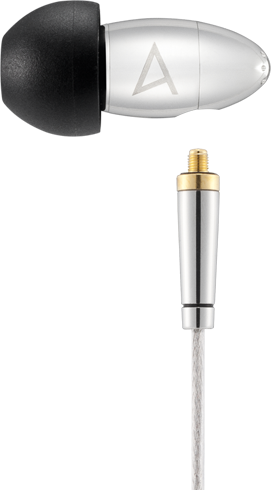 BAM technology maximizes its benefits by matching it with Oxygen-free Copper cables. Since the cables of AKR02 are detachable, it's easy to replace the cable if needed. Cables typically use copper as its main ingredient. When oxygen atoms are mixed with the copper, it can hinder the smooth flow of electricity. High-purity copper has a purity rating of 99.36%, the remaining 0.64% is residual oxygen. By reducing the residual oxygen content to 0.001%, the oxygen-free copper has a purity of 99.99%, which allows electricity flows more smoothly, producing cleaner sound. 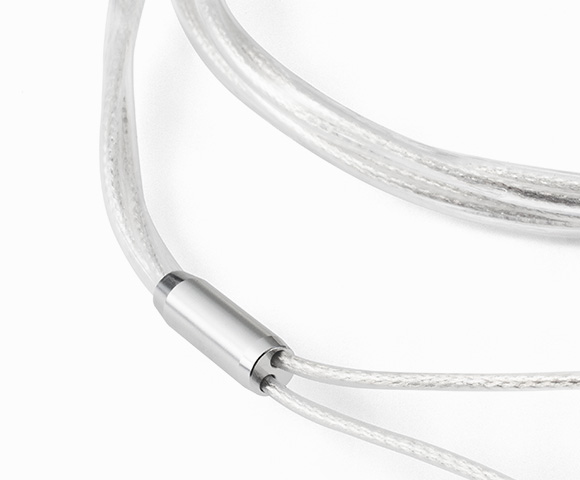 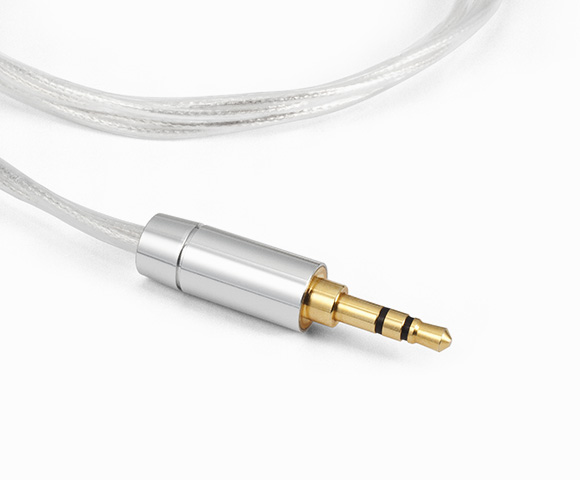 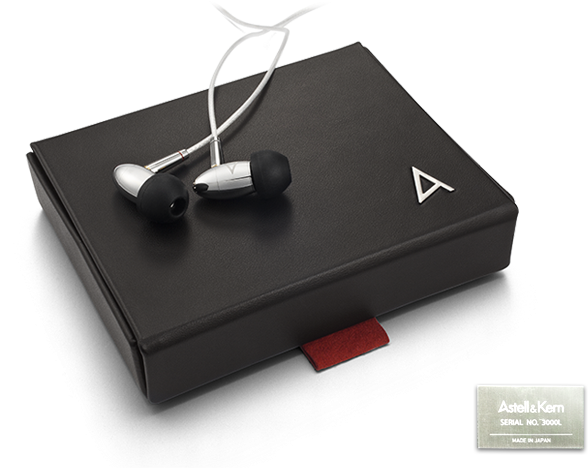 Safely protect your AKR02
with the leather case!

Each AKR02 includes a classy and elegant leather case. Your AKR02 are safely protected in high-quality Italian leather case lined with soft Chamude fabric. The leather case easily opens from the front and unfolds completely for additional convenience! Each leather case is marked with an unique serial number on a metal plate on the Chamude fabric, inside of the carrying case.

The unique serial number insures each AKR02 and leather case is custom designed and personalized for each owner.